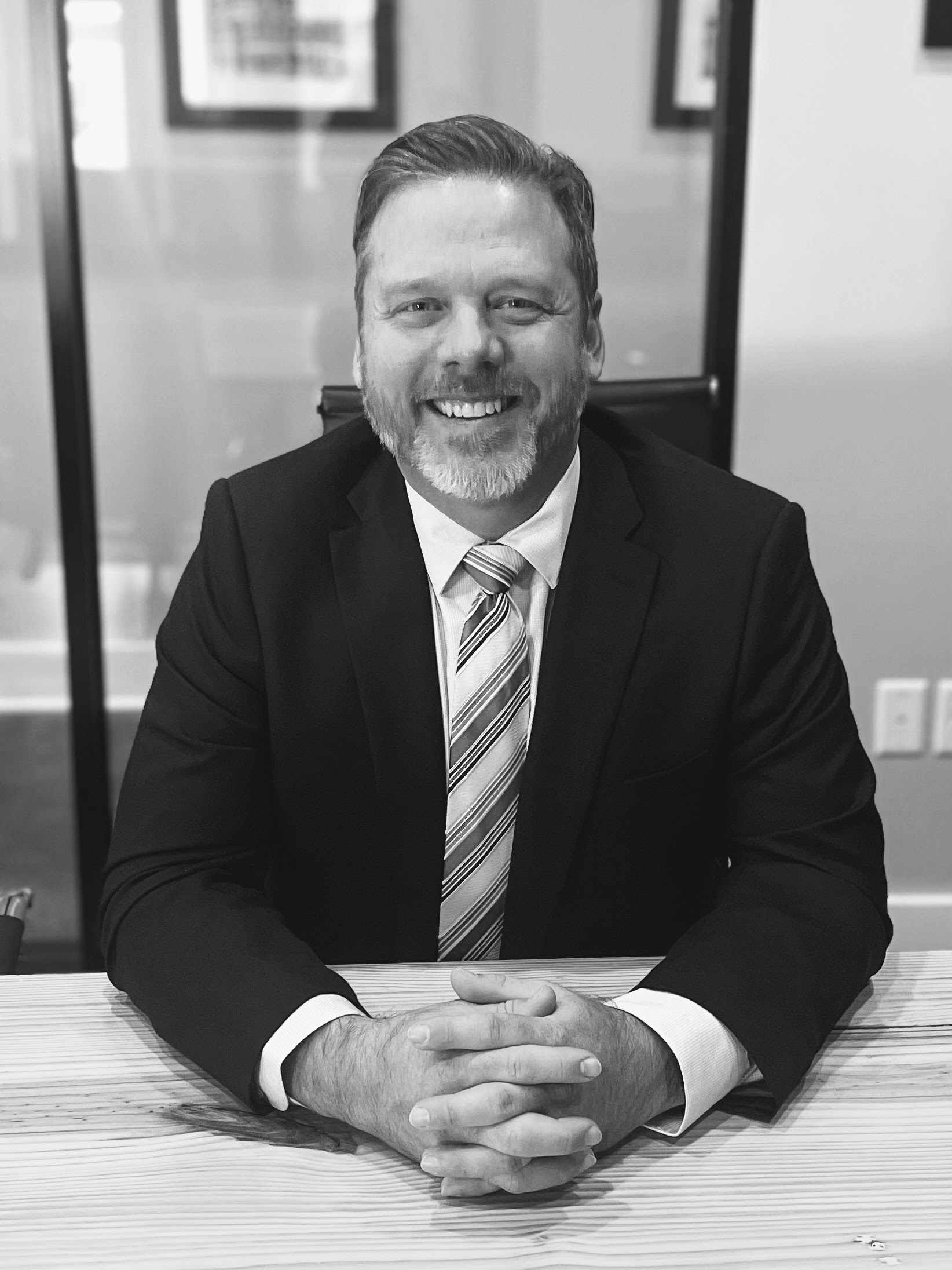 Chris Moutray was born in Tulsa, Oklahoma, but has lived in the Brazos Valley almost continuously since 1984.  Mr. Moutray graduated from Bryan High School in 1994, and then from Sam Houston State in 1999.

Mr. Moutray started with the Bryan Police Department in 2005, initially serving the community as a patrol officer from 2005-2008, and then as a detective from 2008-2014. As a detective he specialized in investigating family violence cases, but also investigated allegations of Robbery, Sexual Assault, Aggravated Assault and Capital Murder. During this time he was recognized for his experience in investigative techniques and practices by being selected to instruct potential officers at the Central Texas Police Academy.

In 2018, Chris felt compelled to serve his community in a new way and made the decision to attend law school.  During law school he joined The Law Office of James, Reynolds, Spiegelhauer & Ask, working as the legal assistant to Hutton Ask.  As a legal assistant Mr. Moutray drafted motions, worked with court coordinators across the state, assisted in preparation for jury trials, helped select juries, and provided  detailed case analysis and investigation.  In 2022, he both graduated from the South Texas College of Law Houston and became licensed by the State Bar of Texas, afterwards becoming an associate attorney for  James, Reynolds, Spiegelhauer & Ask.

Mr. Moutray uses his experience as a former law enforcement officer and detective to review and find errors in police investigations that lead to accusations against his clients. He takes a special interest in Driving While Intoxicated cases.  He performed over 100 DWI arrests during his time at the Bryan Police Department, and was instrumental in developing and implementing the DWI investigative practices that are still used throughout the Brazos Valley today.  This experience gives Chris an edge that he uses to obtain the best possible outcome for his clients.

Use this form to send a message directly.