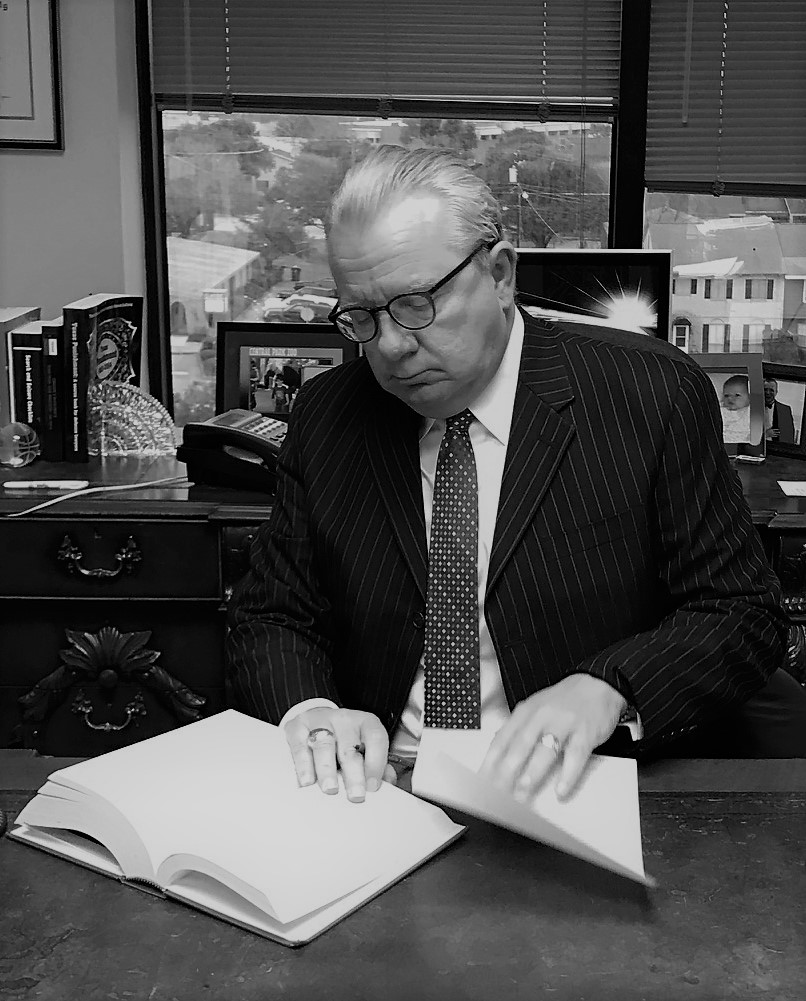 Jim James has been practicing criminal law for over 30 years. As a former First Assistant District Attorney in Galveston County, Mr. James prosecuted a number of the highest profile cases on the Texas Gulf Coast. Those cases ranged from prosecution of violent crimes such as capital murder and aggravated sexual assault, to white collar crimes and crimes of public corruption, never losing a jury trial as a prosecutor in Galveston County.

Mr. James has also served as First Assistant District Attorney in Brazos County as well as a special prosecutor throughout Texas.

Mr. James returned to Bryan and has been representing persons accused of crimes for over 30 years. His practice includes both federal and state litigation. In federal court Mr. James has tried jury trials of a wide variety of types from importation of marijuana to bank fraud in locations as diverse as Miami, Florida and Midland, Texas. He is licensed in all federal districts in Texas and has conducted arguments before the 5th Circuit. The Texas Bar has recognized him as a Board Certified specialist in Criminal Law and he is a life time fellow of the Texas Bar Foundation.

Similarly, his state practice is varied. Mr. James has, as defense counsel, tried numerous cases ranging from murder and sexual assault to DWI. In fact, over the last decade, Mr. James has represented over 1000 persons accused of DWI. He has conducted oral arguments before the Texas Court of Criminal Appeals.

A magna cum laude graduate of Texas A & M ('76) and honors graduate of the University of Texas School of Law, Mr. James served as an adjunct instructor at the University of Houston Law School. He has lectured nationally on criminal law topics and has taught at Texas A&M in the Political Science Department. Mr. James is board certified by the Texas State Bar as a specialist in criminal law. He was named a Texas Monthly "Super Lawyer".  Mr. James has obtained the highest rating attainable from Martindale-Hubbell and has been a speaker at the Texas Bar Association's Advanced Criminal Law Course. He was named Best of the Brazos as Best Attorney in 2009.

Active in the community, Mr. James is a past president of the Brazos County Bar Association and has been on the board of numerous charities and civic organizations in the Brazos Valley.

Use this form to send a message directly.